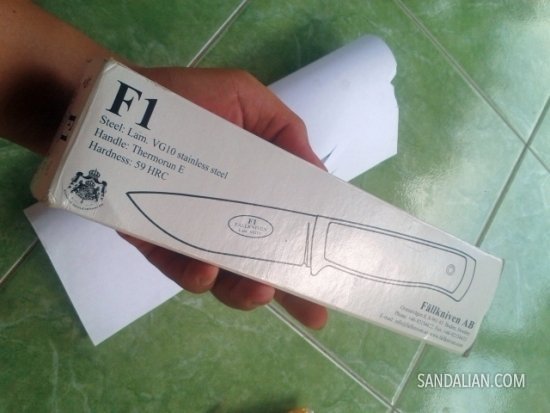 END_OF_DOCUMENT_TOKEN_TO_BE_REPLACED

After some months and performing several upgrades, application size became remarkably huge. If I were having other smartphone with bigger internal memory size, it would be no problem at all.

But internal memory in my Galaxy Ace is only 158MB and Camera 360 itself uses 12+ MB, with no option to move this application to SD card.

Then Google helps me finding this article and I decided to try Camera Zoom FX. It isn’t a free application but very cheap, less than 3 dollars. 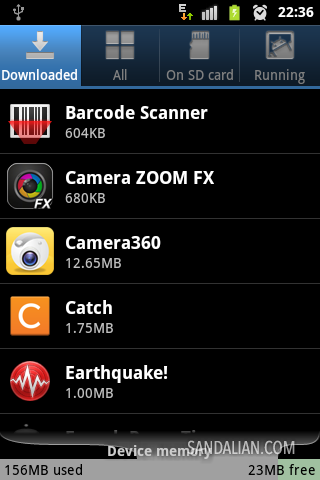 See my available free internal space on picture above, it kills me haha.

I quickly learn that Camera Zoom FX has almost identical feature as Camera 360. It’s not my position to judge who’s copying who, but I’ve got the winner.

After uninstall Camera 360, I’ve got some space to install another application to support my activity.

Fenix is well known as flashlight manufacturer and they expanded their product for wider user, bikers.  They sent me their new light for review a few weeks ago. This product was sent to me for free after I was chosen as tester for their global campaign among other applicants.

This new line of product is called Fenix BT20, maximum 750 lumens and powered by two 18650 batteries. 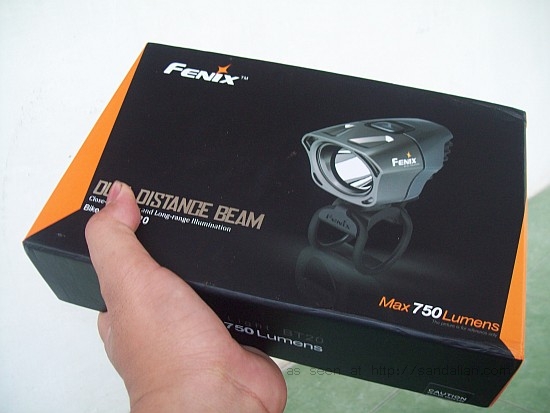 END_OF_DOCUMENT_TOKEN_TO_BE_REPLACED

This post is a little out of ordinary because I won’t talk about server, programming language, nor any computer-related stuffs. This time I’ll write a simple review about my current favorite flashlight: 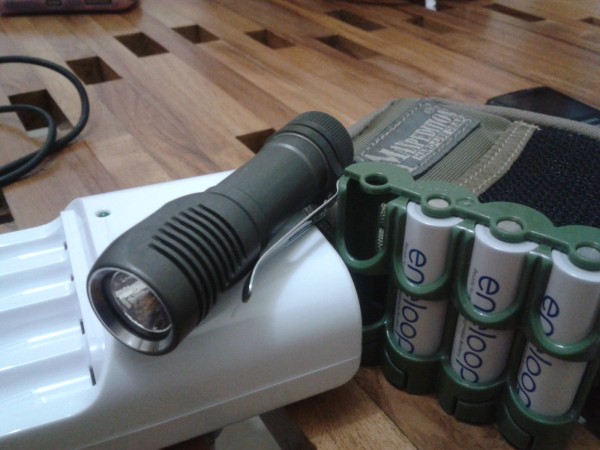 A few days ago I found a website used for social media analytics named Sprout Social. It’s not a free service but we can use their full features for 30 days for free. Didn’t want to waste any time, I gave it a try.

And here’s the result after a couple of days. I found that I’m not a good social media ‘activist’. LOL. 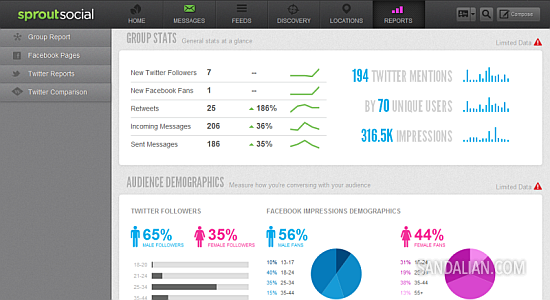 There are some ‘basic features’ such as Discovery (who to follow, who had mentioned you, whom you spoke to, etc), Feed (your timeline), and the most important is the Report page.

In the Report page, we can see report for all social media accounts. We can also view reports for specific account only. The report also available for specific date range and can be exported as PDF or CSV.

I’m not a social media expert, but I can say thay Sprout Social has a nice interface and easy to use. They also have mobile application for Android and iPhone if you’re bothered to open your laptop just to see the report.

If you’re interested, you can read this Sprout Social review or just visit their website and register yourself and try it for 30 days before you decide to spend some bucks.

After I got my first android phone, I was looking for any ringtone maker which is easy to use. Many ringtone makers provide some basic music instruments and require me to arrange them into a nice melody in ears. The problem is: I’m not a composer nor musician.

After looking around  on Android Market, I found a little app that fit my need from Mobile 17. With this software I just need to select a music file from my phone and “crop” it. Some seconds later it become my ringtone. Very easy to use, even for novice like me.

Here’s step by step to create ringtone using this app.  I’ve captured the to show you how easy the process is: 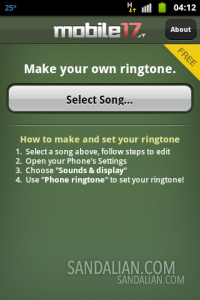 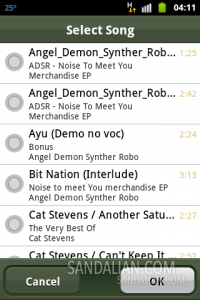 After I select a song, this app will try to find some kind of ‘preset’ –or they say “popular edit”– that match with selected song. Later, I can crop the song easily by choosing start point and also end point. 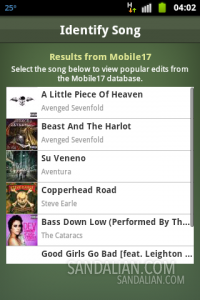 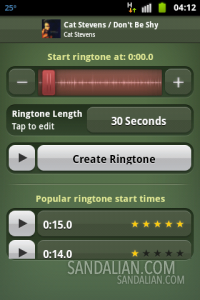 To listen the result, I can click play button. I can also adjust the ringtone length in an easy way.

After everything is as I wanted, I just clicked on “Create Ringtone” button. 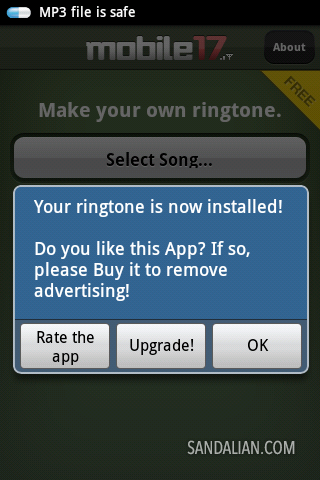 And voila! I have a new, personalized, and free ringtones from mobile 17 just in seconds!

Well, it may took some minutes if you’re creating your ringtone while cooking 😀

There are a lot of jQuery plugins out there for various purposes. I have seen some plugins for the same purpose, for example is creating sliding page/object. Among other them, for me Slidedeck is the easiest one to use. 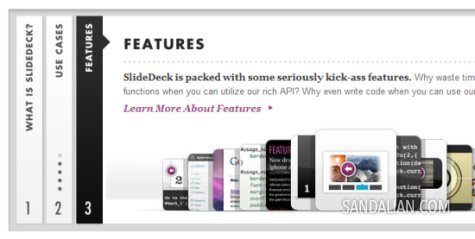 On its feature page on their website, said that this jQuery plugin can be customized, has API support, custom skins, SEO ready with help of https://seoly.in/, mouse control, gallery support, and many more.

If you’re looking for wordpress jquery slider, Slidedeck also suits for that purpose because it has two type of package: as jQuery plugin and WordPress plugin.  As WordPress plugin, we can easily add sliding image to a post or page using easy-to-use (WYSIWYG) editor.

Both plugin (jQuery and WordPress) are available in two kind of license. For basic usage, free version is more than enough to beautify our web pages. But if you’re a bad-ass code writer, you can purchase paid version to get more features to build your super-dupper web pages.

Here are some examples, you can see that it’s awesome. Even for free version.

And one thing that will make you, web developers, happy is that this plugin will work at any major browsers you currently have.

Choosing a hosting provider is not a big deal when you have money. But if you’re on a low budget, you should make a list of candidates and have them compared.

Fortunately, there’s a website that provide web hosting review so we can compare packages of each hosting provider. With this website, we can choose which one is cheapest or who has biggest disk space/bandwidth for certain price.

Not only that, we can use hosting coupons to get more discounts. It’s mean a cheaper price.

How To Find People, Easily

Finding person is no longer difficult thing in this Internet era. There are many websites that can help us find our old friends, neighbours and relatives. I used to use Facebook to find my old friends and far away family, yes it’s great.

But I can’t always rely on Facebook to find them. Perhaps they don’t join Facebook, or they don’t even know what internet is.

But hey, I just found peoplesearch.com. It’s a website that I can use to find people. I try to find some names of persons from my past, and it works. I can get their mailing addresses, email addresses, and phone numbers.

PeopleSearch.com also offer a list of someone’s addresses, in case that this person was moving several times, with additional cost.  Not a very cheap price, but it’s a good deal if you’re a person finder, or a detective.

Not only for searching person, this website also allow us to check someone’s criminal records, background check, social profiles, business ownership, and many more.

With all of that features, this is the cheapest way to get valuable data for your job, pleasure, or family-related information.

I hope someday they will add more countries in their list, as it would be a great service.

SmadAV – At a Glance

SmadAV is a local antivirus made by Indonesia youths that I’ve heard since some times ago but just now I get the chance to give it a try. Here is the screenshoot,  very simple with all tools in a single modal dialog (click to zoom the pic). 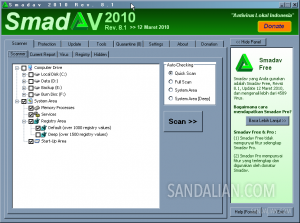 The interface is likely different than any other antivirus, very simple and contains all what we need when the computer is under attack by the viruses.

I would like to say that SmadAV is made by experienced people, I mean, experienced with the virus problem.  Maybe that’s why they include all the tools to kill virus in a single application.  It’s like having a swiss tool knife for all your virus problems.

Although I haven’t use SmadAV on my daily basis, it’s a recomended one. They said that after give some donations, we can get a license key to unlock some more features, like faster scanning and automatic updates.