Write Your Own Story With Your Own Friends

Cerpenista, in a simple words is a collaborative writing tool. You can start a new story, write some sentences then let your friends continue the story. You can provide guideline but without it would make the story become unpredictable. Very interesting :yes:

I thought it would be a simple party but in fact there are some famous bloggers who willing to spend their time to attend this launching party, made the launching party became greater than my expectation. Just a few to mention, there were Pakdhe Wicak, Pakdhe Mbilung, Paman Tyo, Mas Iman and some dozens more. 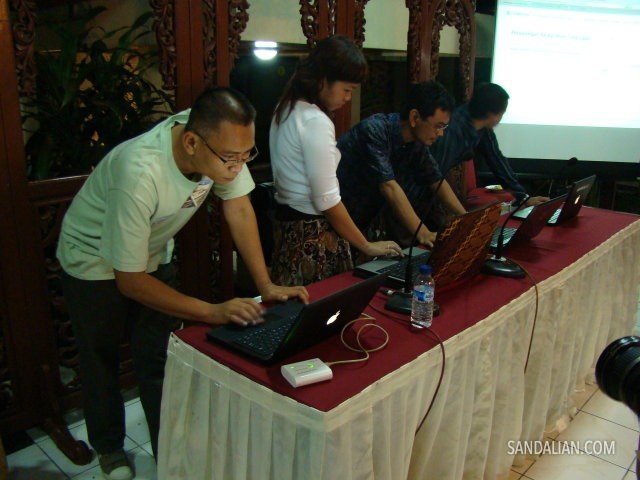 After some short introduction from Herman Saksono as the founder and code writter and Paman Tyo as bussines partner, we also performed a live demo of how Cerpenista works. At the photos, shown Pakdhe Wicak, Nining, Zam and Funkshit demoing the application and audience could see the result over the big screen at the left side.

Hey, this application is open for public now. Everyone can take a part or create your own story with your own friends. Simply visit cerpenista.com, register and start laughing with friends 😀